The Savannah Rock ‘n’ Roll Half Marathon was different from any other we have done or will do this year. The run was on Saturday, not Sunday. We had to drive down on Friday and be prepared to run on Saturday. 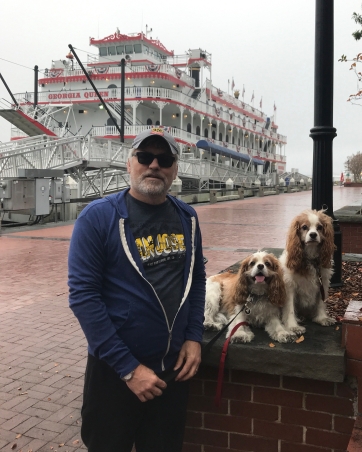 We decided to stay at the Andaz. The hotel was conveniently located. We were able to walk to the start line, to Rive Street and to restaurants & shops. The staff at the hotel was friendly. Our room was fantastic, and best of all it’s pup friendly. Sumner and Hewson tagged along to this half marathon too. Though they’d sleep while we ran 13.1 miles.

After checking into the hotel, we went to packet pickup. In Savannah, you can take a ferry to the convention center. We took a Lyft.

The weather was great. It was going to be warm but not too humid. The course starts with an early hill but the rest of the course is mainly flat. Savannah was my favorite course so far. The course kept me mentally preoccupied with its sites. It wraps around Savannah’s squares and ends at a park.

However, I was feeling the fatigue of an intense October with three races and Los Angeles’ half marathon last weekend. I didn’t do as well as I know that I can. I’d like to come back and do this one again with fresher legs. I’ll be back Savannah. 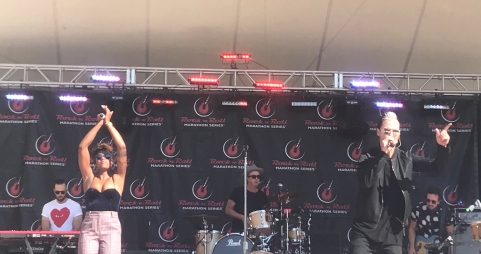 For this run, we signed up for VIP so we can have brunch and change after the run. We invested in it because I was super-excited about the main performer for the post-race concert. Fitz & the Tantrums had been on my list of bands to see for a few years, and we were gonna get to see them for free after the run. We had a blast. I may not have had the best run, but I had a great time at the concert after the run. 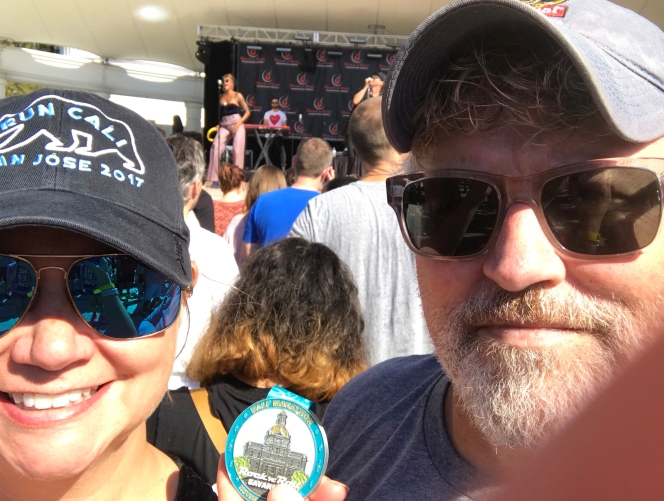